I create innovative methods for the discretization, optimization, and uncertainty quantification of complex (bio)mechanical systems. My full CV is here.

From 2012 to 2015, I worked as a Vehicle Dynamicist at McLaren Racing, focusing on 1D modelling, analysis, and optimization of F1 suspensions. I obtained my PhD in 2012 from the University of Goettingen, working on a hybrid finite element/volume strategy to remove membrane locking from the approximation of thin shells. I hold a double MSc in Engineering Mathematics from the Politecnico di Milano and in Engineering Physics from the Stockholm Royal Institute of Technology.

I am also part of the spin-off Algo4U and the administrator of FoMICS since 2016.

Abstract We present a fast, patient-specific methodology for uncertainty quantification in electrophysiology, aimed at meeting the time constraints of clinical practitioners. We focus on computing the statistics of the activation map, given the uncertainties associated with the conductivity tensor modeling the fibers orientation in the heart. We employ a fast parallel solution method implemented on a GPU for the eikonal approximation, in order to compute the activation map and to sample the random fiber field with correlation based on geodesic distances. While this enables to perform UQ studies with a manageable computational effort, the required time frame still exceeds clinically suitable time expectations. In order to reduce it further by two orders of magnitude, we rely on Bayesian multifidelity methods. In particular, we propose a low-fidelity model which is patient-specific and free from the additional training cost associated with reduced models. This is achieved by a sound physics-based simplification of the full eikonal model. The low-fidelity output is then corrected by a standard multifidelity framework. In practice, the complete procedure only requires ~100 new runs of our Eikonal GPU solver for producing the sought estimates and their associated credible intervals, enabling a full online analysis in less than 5 minutes.

Abstract We propose a novel finite element method for polygonal meshes. The resulting scheme is hp-adaptive, where h and p are a measure of, respectively, the size and the number of degrees-of-freedom (DOF) of each polygon. Moreover, it is locally meshfree, since it is possible to arbitrarily choose the locations of the DOF inside each polygon. Our construction is based on nodal kernel functions, whose support consists of all polygons that contain a given node. This ensures a significantly higher sparsity compared to standard meshfree approximations. In this work, we choose axis-aligned quadrilaterals as polygonal primitives and maximum entropy approximants as kernels. However, any other convex approximation scheme and convex polygons can be employed. We study the optimal placement of nodes for regular elements, i.e. those that are not intersected by the boundary, and propose a method to generate a suitable mesh. Finally, we show via numerical experiments that the proposed approach provides a good accuracy without undermining the sparsity of the resulting matrices.

Abstract This work deals with novel triangular and tetrahedral elements for nonlinear elasticity. While it is well-known that linear and quadratic elements perform, respectively, poorly and accurately in this context, their cost is very different. We construct an approximation that falls in-between these two cases, which we refer to as quasi-quadratic. We seek to satisfy the follow- ing: (i) absence of locking and pressure oscillations in the incompressible limit, (ii) an exact equivalence to quadratic elements on linear problems, and (iii) a com- putational cost comparable to linear elements on non- linear problems. Our construction is formally based on the Hellinger-Reissner principle, where strains and dis- placement are interpolated linearly on nested meshes, but it can be recast in a pure displacement form via static condensation. We show that (i) and (ii) are ful- filled via numerical studies on a series of benchmarks and analyze the cost of quadrature in order to show (iii).

Towards a multigrid method for the minimum-cost flow problem

Abstract We present a first step towards a multigrid method for solving the min-cost flow problem. Specifically, we present a strategy that takes advantage of existing black-box fast iterative linear solvers, i.e. algebraic multigrid methods. We show with standard benchmarks that, while less competitive than combinatorial techniques on small problems that run on a single core, our approach scales well with problem size, complexity, and number of processors, allowing for tackling large-scale problems on modern parallel architectures. Our approach is based on combining interior-point with multigrid methods for solving the nonlinear KKT equations via Newton's method. However, the Jacobian matrix arising in the Newton iteration is indefinite and its condition number cannot be expected to be bounded. In fact, the eigenvalues of the Jacobian can both vanish and blow up near the solution, leading to a significant slow-down of the convergence speed of iterative solvers - or to the loss of convergence at all. In order to allow for the application of multigrid methods, which have been originally designed for elliptic problems, we furthermore show that the occurring Jacobian can be interpreted as the stiffness matrix of a mixed formulation of the weighted graph Laplacian of the network, whose metric depends on the slack variables and the multipliers of the inequality constraints. Together with our regularization, this allows for the application of a black-box algebraic multigrid method on the Schur-complement of the system.

Abstract This paper proposes a first step towards a framework to develop shell elements applicable to any deformation regime. Here, we apply it to the large and moderate deformations of, respectively, plates and shells, showing with standard benchmarks that the resulting low-order discretization is competitive against the best elements for either membrane-dominated or bending-dominated scenarios. Additionally, we propose a new test for measuring membrane locking, which highlights the mesh-independence properties of our element. Our strategy is based on building a discrete model that mimics the smooth behavior by construction, rather than discretizing a smooth energy. The proposed framework consists of two steps: (i) defining a discrete kinematics by means of constraints and (ii) formulating an energy that vanishes on such a constraint manifold. We achieve (i) by considering each triangle as a tensegrity structure, constructed to be unstretchable but bendable isometrically (in a discrete sense). We then present a choice for (ii) based on assuming a linear strain field on each triangle, using tools from differential geometry for coupling the discrete membrane energy with our locking-free kinematic description. We argue that such a locking-free element is only a member of a new family that can be created using our framework (i) and (ii).

More than 20 technical reports authored at McLaren Racing Ltd during the period 2012-2015 on the modeling and analysis of F1 suspension dynamics (covered by NDA).

Abstract This work is concerned with the study of thin structures in Computational Mechanics. This field is particularly interesting, since together with traditional finite elements methods (FEM), the last years have seen the development of a new approach, called discrete differential geometry (DDG). The idea of FEM is to approximate smooth solutions using polynomials, providing error estimates that establish convergence in the limit of mesh refinement. The natural language of this field has been found in the formalism of functional analysis. On the contrary, DDG considers discrete entities, e.g., the mesh, as the only physical system to be studied and discrete theories are being formulated from first principles. In particular, DDG is concerned with the preservation of smooth properties that break down in the discrete setting with FEM. While the core of traditional FEM is based on function interpolation, usually in Hilbert spaces, discrete theories have an intrinsic physical interpretation, independently from the smooth solutions they converge to. This approach is related to flexible multibody dynamics and finite volumes. In this work, we focus on the phenomenon of membrane locking, which produces a severe artificial rigidity in discrete thin structures. In the case of FEM, locking arises from a poor choice of finite subspaces where to look for solutions, while in the DDG case, it arises from arbitrary definitions of discrete geometric quantities. In particular, we underline that a given mesh, or a given finite subspace, are not the physical system of interest, but a representation of it, out of infinitely many. In this work, we use this observation and combine tools from FEM and DDG, in order to build a novel discrete shell theory, free of membrane locking.

Abstract Computer animations and visual effects have always been identified as human timeconsuming tasks, due to the necessity to create a realistic footage from the interpolation of static frames, called key-frames. Recently, Craft Animations has developed a new technique in order to create physics based animations, which by definition have to be realistic, since created from a realistic physical model. In this new framework each object in the scene is not anymore a virtual entity, but a real physical object - with its own properties - and able to interact with the environment and to be moved interactively by the graphical artists. In this view, each frame is a static key-frame, since it is correct by itself, and no artificial interpolation is needed. Computer animation is now becoming a machine time-consuming task, and thus a physical engine able to efficiently handle the complexity of the scenes must be created from scratch. Following the path of mathematical sciences and engineering, the first natural step has been to implement a rigid body world; the task of this work is to get rid of the rigid assumption and add deformations to our world, in order to do this an efficient collision detection algorithm must also be implemented; the next task will be to add more complicated physics such as fluid dynamics, heat effects and many more.

An inverse technique for sedimentary basins 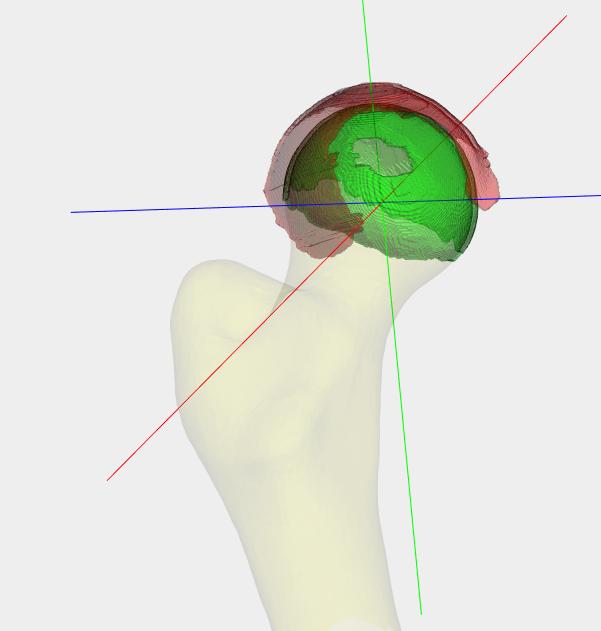 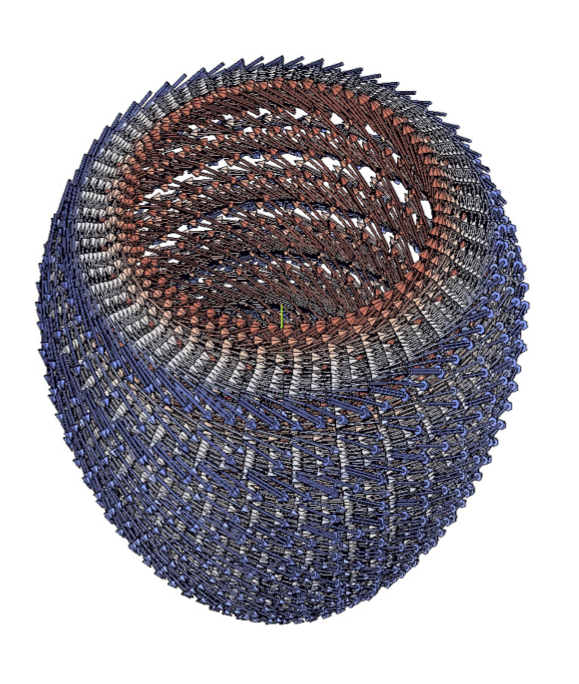 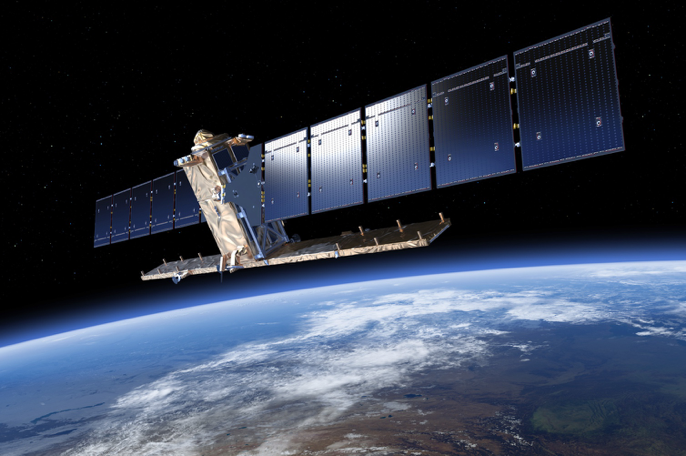 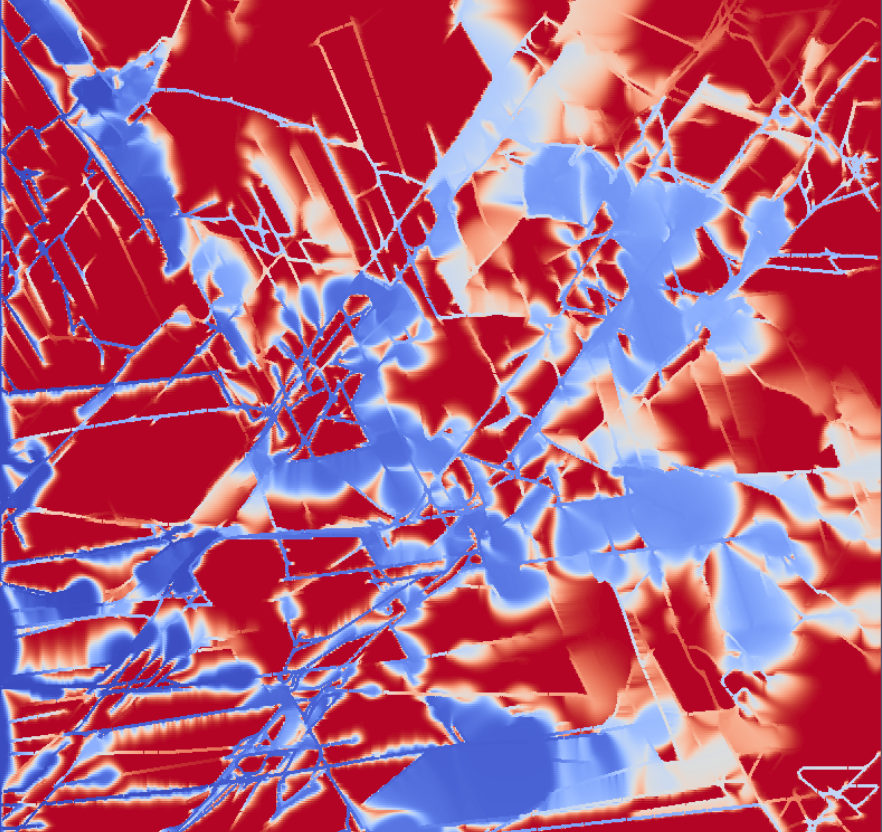 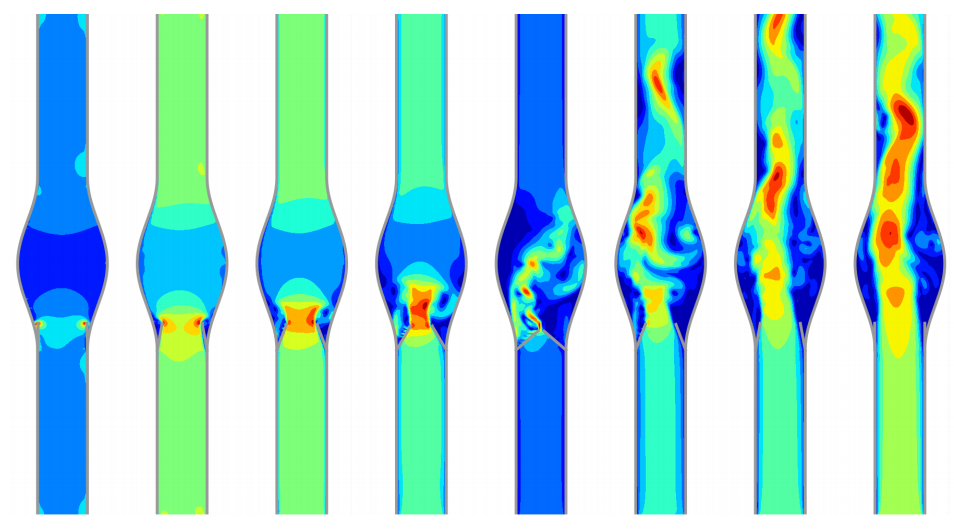 I am developing a Python library offering multilevel, multifidelity, and Bayesian methods for UQ

I was the main organizer of the following events:

I also contributed to the organization of:

Multifidelity methods for estimating the influence of overpressure on observed induced seismicity sequences
talk at the 2nd Frontiers of Uncertainty Quantification in Subsurface Environments, Pavia, 2018.

Enabling uncertainty quantification for the monodomain equation via multifidelity techniques
talk at the INdAM workshop "Mathematical and Numerical Modeling of the Cardiovascular System", Rome, 2018

Computer modeling and simulation in cardiology
lecture at the Cardiocentro Ticino, Lugano, 2017. PDF

Towards a Mimetic Nonlinear Shearable Shell
talk at the Workshop for non-standard numerical methods for PDEs, Pavia, 2010. PDF

You can read my interview on "Il Giorno" (in Italian) here.

You can read my inteview on "Ticino Welcome" (in English) here.