The Institute of Computational Science was founded in 2008. Today, it already has nine research groups.
Prof. Rolf Krause: Yes, the institute has grown fairly quickly. Originally, the plan was for the university to have two or three chairs in computational science. Then the field developed so well that the university decided to expand it and invest more, which is how today’s nine research groups came to be.

Can you give a brief outline of their focus areas?
Rolf Krause: I come from a background in computational mechanics myself and I am currently working on applications in the fields of engineering and medicine; with his mathematical background Olaf covers – among other things – the earth sciences. Computational biology is represented by Michele Parrinello, computational shape analysis by Michael Bronstein, drug design by Vittorio Limongelli and time series analyses by Illia Horenko; Mark Potse conducts heart simulations and Igor Pivkin works with multiscale and multiphysics models that are also used in medicine. Overall, we have a certain focus on life sciences, but we also work in the field of energy research and develop applications for industry and medicine as well as for the natural sciences.

For a small university with six faculties and 3,000 students, you cover a broad and exciting range of research. How did the individual focus areas come about?
Rolf Krause: When selecting the researchers, we tried to cover computational science broadly. The essence of the field lies in the methods and algorithms, which have very flexible applications. This is also apparent in the nine research groups. Vittorio Limoncelli’s position was explicitly advertised to have a link to the Institute for Research in Biomedicine in Bellinzona. The other positions, however, were advertised relatively broadly. We simply took the best from all the applicants. The subject areas had the final say on this.

There has been a Master’s programme at the ICS since 2012. Whom is the course geared towards?
Professor Olaf Schenk: People who have a degree in mathematics or the natural sciences and a strong computer science background. The students need to be interested in developing methods in fields of application such as the life sciences, earth sciences or astrophysics. They should reach the application phase within two years of developing the method.

Is there another course like it in Switzerland?
Rolf Krause: The Computational Science and Engineering programme has already existed at ETH Zurich for some time. It’s a kind of transversal degree that’s taught by colleagues from different departments. We’ve formed a certain conceptual core here at USI, around which we adapted the various research fields. This probably makes us more geared towards computational science than elsewhere.

Olaf Schenk: That’s clearly the case. Often, this field is actually rooted in mathematics. We teach both the methods and the applications, and look for cooperative partners if the students are interested in a particular field.

What does a Master’s degree at ICS offer students and what is particularly important to you?
Olaf Schenk: The major advantage is that we offer the students the possibility to embark on projects that are relevant to both research and industry in just two years. This means they quickly become research and practically minded and have the opportunity to use the methods they’ve developed to solve practical problems. In Ticino, the Master’s students benefit from the network between USI, the Institute of Data Science, the Swiss National Supercomputing Centre (CSCS) and the Institute for Artificial Intelligence. The latter gave rise to a focus area in simulation methods and artificial intelligence, for instance.

Rolf Krause: We’re the strongest institute at USI when it comes to acquiring external funding. We’re the largest institute for computational science in the whole of Switzerland as USI explicitly decided to concentrate on this field with the institute. You just don’t find that in this form and extent at other universities. We offer students a focus on computational science as a new discipline and enjoy a direct link to research projects with applications in a vast number of fields with cooperative partners. We’re well-connected to research facilities and other universities both locally in Ticino and nationally. The fact that we’re so research-intensive is reflected in the subject matter we mediate in the lectures. We adapt the contents of the lectures dynamically to progress. In other words, anyone who studies here learns about the latest developments in the field of computational science as well as gaining a solid basic education. A substantial part of computational science consists in simulations, which requires software we programme ourselves. In all our work groups, scientific software is written and used on a large scale. And our students are directly included in this. The direct access to research from the beginning of the Master’s degree is something special. But the students have to want and do something for it, of course.

How do you rate the challenges you present the students?
Rolf Krause: You grow with the challenges (laughs). The degree is interdisciplinary and regardless of which subject a student comes from, there will always be something that is new for them and that they have to learn. That’s why we look for students who are open for disciplines they have been unfamiliar with until now.

How do the students benefit from the collaborations you mentioned?
Olaf Schenk: One of my Master’s students in my lecture on high-performance computing, supercomputing and simulations presented a poster about his subsequent project at the PASC Conference 2015, where he met winner of the Nobel Prize in Economics Thomas Sargent, who was giving the public lecture. The student is now writing his Master’s thesis in collaboration with Sargent, the Institute for Banking and Finance at the University of Zurich and ISC, which just goes to show how we introduce students to method development via smaller projects, in this case to solve economic problems. In Ticino, for instance, the Master’s students benefit from the collaboration with the renowned Cardiocentro Ticino. Some of our students are also currently involved in exciting industrial projects, such as in cooperation with SwissGrid (Enterprise, Laufenburg) or NEPLAN (SME, Zurich), which involves modelling and optimising the Swiss energy network with the use of wind energy.

From what you’re saying, the Master’s students receive a relatively broad-based education.
Rolf Krause: Absolutely. Basically, there are three areas: mathematics, i.e. methodology, software and high-performance computing with applications. In this triangle, everyone can either seek out his or her preferred niche or remain in the middle.

Olaf Schenk: Certain subjects and focal areas that we’d like to include but are unable to offer ourselves are covered by external scientists, such as large-scale optimisation by Michael Saunders from Stanford University or data simulation by colleagues from Berlin – researchers who are leaders in their respective fields and have won awards for their teaching.

In other words, key areas that the institute is unable to teach are compensated for by external scientists?
Rolf Krause: Yes. I’d even go as far as to say that we overcompensate for them. Thanks to external lectures, we’re free to choose the focus and can even optimise it. This also enables us to accommodate our students’ needs and requests.

What does the ideal Master’s student need to bring to the table?
Rolf Krause: Staying power, motivation and the will to learn are the most important attributes. If you want to get into the more complex areas of computational science, you need to hack your way through a tangle of details that’s not to be underestimated. We help the students but they have to do the legwork themselves. This requires a grasp of basic mathematics. Anyone who doesn’t have this will struggle.

Where do the students come from?
Olaf Schenk: So far, we’ve had students from a number of European countries and Canada. They are highly educated and extremely motivated. 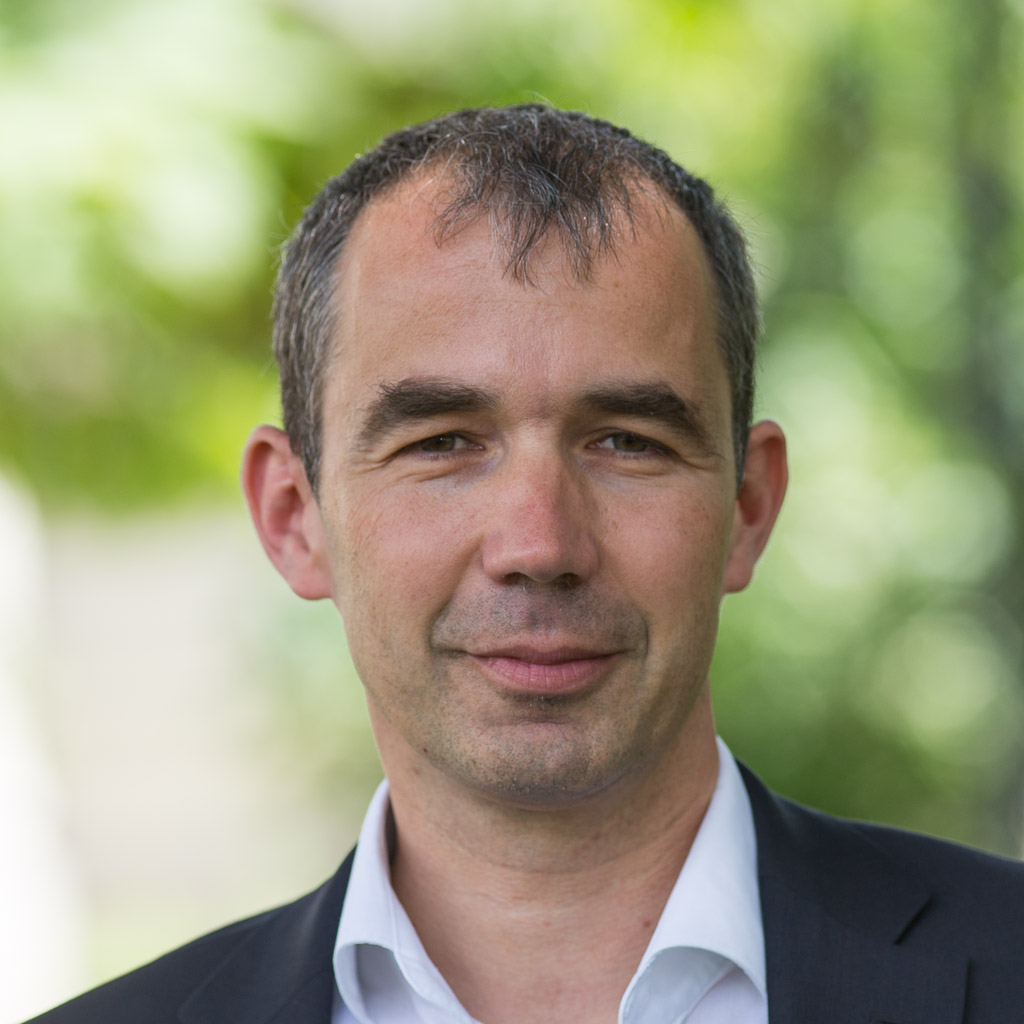 How do you see the future of the Master’s programme in connection with the institute? Will you continue to grow?
Olaf Schenk: We’d like to get to a stage where the programme can accept up to fifteen students per semester and be sustainable in the long term. In other words, the students who come from the programme should be so well educated and networked that they have the opportunity to do a PhD internationally or go into industry.

Rolf Krause: Meanwhile, with our work and the challenges we present our scientists and students with, we’ve achieved a level of visibility that ensures good people come to our institute. This is gradually being reflected in the Master’s programme, too. After all, we’d also like to generate our own budding scientists with the degree, of course. If USI becomes a federal university in the long run, one or more natural science subjects ought to be offered at Bachelor’s level. The way I see it, starting out with mathematics would then be preferable.

So you’d like to be perceived as a brand in future.
Rolf Krause: We already are! When I went to Lugano, my colleagues thought I’d lost the plot because there was nothing in computer science here. Today, nobody says anything anymore. In fact, they readily come here themselves.

Would you have studied here?
Olaf Schenk: Absolutely! We’ve got a very attractive programme here with outstanding international researchers.

Rolf Krause: When I think back what I did in my main degree – mainly maths – and everything I had to catch up on later: the degree here would definitely have been better for me.

about the Master of Science in Computational Science:https://www.master.ics.usi.ch